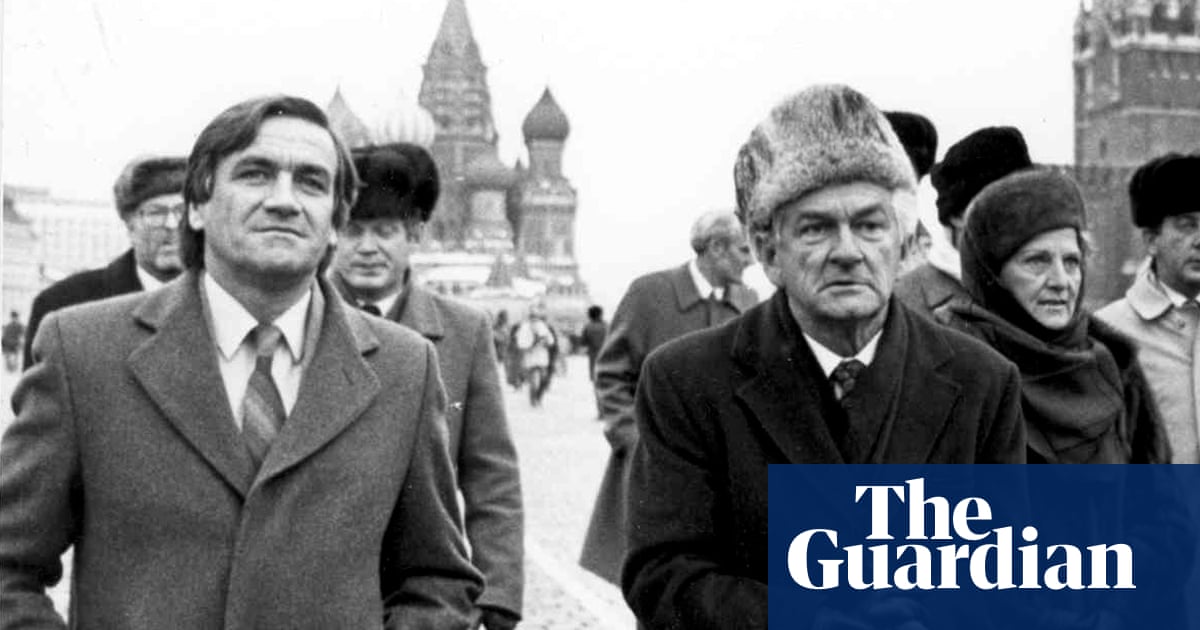 Bob Hawke’s head was buried in newspapers, his eyebrow furrowed, a pen in one hand, a cigar in the other.

It was 11 November 1986. A long flight to Perth. My first day as senior press secretary and, I thought, an ideal opportunity to get to know him better.

But we didn’t speak. The constant notations went on all the way out west.

Once we’d landed he handed me a pile of crumpled newspapers, which of course I discarded.

Only later did a panicked federal policeman explain the prime minister had given me a meticulously marked-up form guide: racehorses engaged in Melbourne, Sydney and Brisbane, all of them graded according to weights, track conditions, jockeys, recent kind and times.

I had thrown the plenty- four hours’ work- in the bin. On day one.

I survived and went on to better appreciate the intellectual larrikin that was Bob Hawke– the man as much at ease with global leader as he was with punters at the races, just as dedicated to forging economic accords as he was to picking winners at the track.

He was persuasive and perpetrated when he needed to be, yet a good listener at the cabinet table. He was a hard worker and an excellent judge of trends. He was comfy with people, and they with him. And he had a strong moral compass.

The economic reforms that flowed from the initial economic summit and the accord are well documented.

Not so well known were his achievements around education. When Hawke came to office in 1983, Australia had one of the lowest high-school retention rates in the developed world. Just 30% completed year 12. When he left office that number had increased to 70%. You can only imagine the difference that made to this country.

He was disgusted with apartheid in South Africa and couldn’t bide the timid responses around the world. As head of the ACTU, he was a leader in the protests against the visiting Springboks.

As prime minister, he marshalled subsistence at Commonwealth Heads of Government sessions- in the Bahamas in 1985 and in Vancouver in 1987- to put together financial sanctions against South Africa.

He secretly flew the international banker Jim Wolfensohn to Vancouver to set the bans in place. Years afterward a South African foreign minister described that action as the” knife that eventually killed apartheid “.

He took the same approach when cabinet ministers told him world leaders were intent on mining Antarctica and the momentum was unstoppable. He would have none of that. He flew to Paris and lobbied the French president. He got conservationist Jacques-Yves Cousteau on board. And 18 several months later, the continent was locked up to mining.

But the character trait that most endeared him to me was his total abhorrence of racism in any form. He loathed it.

No matter how often he was advised to step warily on racism, given the diverse nature of Australia’s electorates, he was uncompromising, calling it out whenever he saw it, or any clue of it.

Bob Hawke was the exception to two rules- well, maybe many, but two in particular.

An old golfing buddy of his, Col Cunningham, said in the recent book Wednesday’s with Bob:” They say beer destroys the brain. Bob disproved that theory. He’s still got his marbles when he should be a raving lunatic .”

And the second is an exception to a rule once articulated by John Howard: that no legislator is popular forever-” That is one of the great ironies of politics .”

Howard may be right, generally. But somehow I reckon Bob Hawke was never more popular than he was in his fading years. That’s when people reflected on what once was, and may never be again.

Barrie Cassidy is a political journalist and outgoing host of the ABC’s Insiders program. In the 1980 s, he was press secretary to then prime minister Bob Hawke.