The presidential hopeful lists a handicap of 2.8, unlikely for a septuagenarian part-timer. But he wouldnt be the first politician to fluff his record 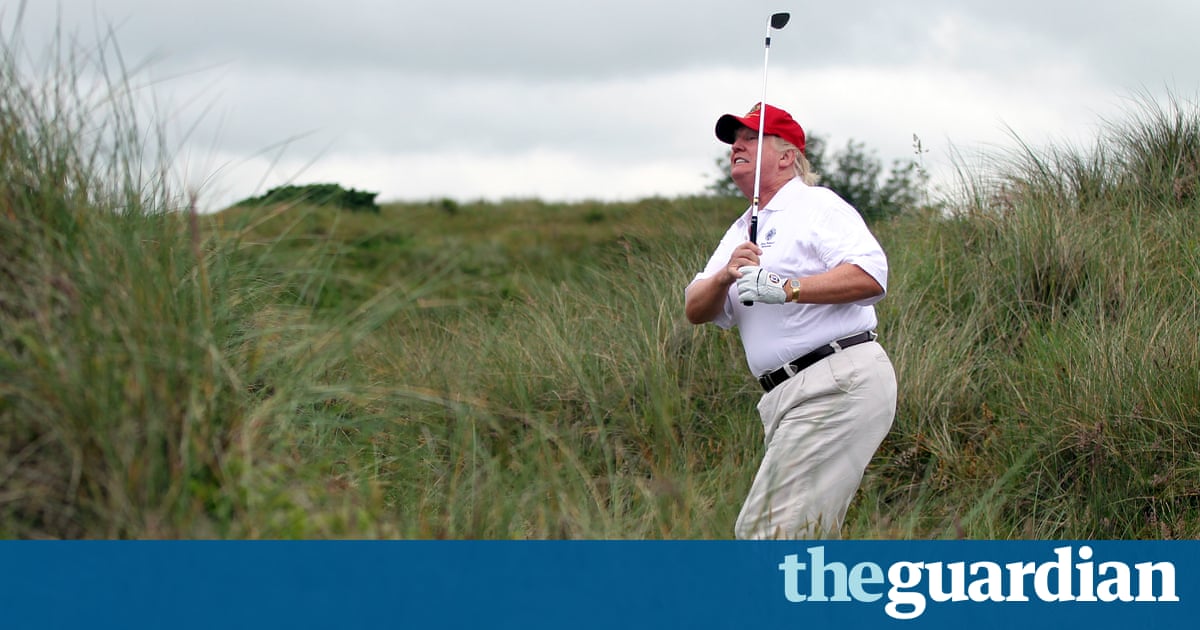 Donald Trump is a man of many amazing boasts; someone who never met a hyperbole he didnt like. The truth can be a hazy thing in business, real estate and even taxes. But golf is supposed to be different. Golf lives in absolutes, and is governed by a strict honor code that players rigidly follow. Or at least they should. And so it is in golf, as most everything else with Trump, where the line between fact and fiction is hazy.

Trump has bragged about having a handicap of three. For years, this number was accepted with little public question, probably because nobody cared enough to investigate it. Forbes once reported his handicap as four, with the caveat that he has yet to produce a signed scorecard as proof. But mostly Trumps word was that.

The Republican presidential nominee lists his handicap as 2.8 on the US Golf Associations Golf Handicap and Information Network, making him an extraordinary golfer at any age but truly phenomenal for someone who is 70. And it raises the question: how likely is this claim to be truthful? Is it yet another story of virility fabricated by a man who has a long history of distorting reality?

Trumps age should not be an impediment. Jim Cowan, the director of course rating and handicapping for the Northern California Golf Association in Pebble Beach, said in an email that the organization runs many events for senior golfers over 65 and handicaps of three and under and not uncommon.

Terrence Somerville, the assistant pro at Washington DCs Langston Golf Course, located two miles from the US Capitol building where Trump will take the oath of office if elected, agrees. In fact, he says, there are 70-year-old golfers who show up at Langston with legitimate three handicaps.

There is a hitch, though.

The 70-year-olds who come through the clubhouse with three handicaps are usually retired. They arent in and out of meetings, Somerville said. And they are also men who have been playing their entire lives, probably starting as teenagers and who either played in college or somehow found a way to play nearly every day through adulthood.

Its very remote that someone could do this with the schedule he has, Somerville added.

There are many tales of Trump bending the rules on the golf course. Last year, former Sports Illustrated managing editor Mark Mulvoy told the Washington Post that once playing with Trump in the 1990s he realized that Trump had placed a ball just feet from the pin that he had never hit. Ahh, the guys I play with cheat all the time, Mulvoy said Trump told him. I have to cheat to keep up with them.

The same story referenced an interview Alice Cooper did in 2012 in which the rock star a regular golfer answered a question about the worst golf cheat he had ever played with by saying: I played with Donald Trump one time, thats all Im going to say.

Trump wouldnt be the first politician to massage the truth of his athletic prowess. Bill Clintons propensity for taking mulligans, golfing parlance for do-overs, which are not strictly permitted under the rules, is well documented. Runners World came away with one of the scoops of the 2012 election cycle when it caught Republican vice-presidential candidate Paul Ryan shaving more than an hour off his marathon time. When former North Korean leader Kim Jong-il played the first ever round of golf on the 7,700-yard championship course at Pyongyang in October 1994, state media reported that the Dear Leader finished with an 18-hole score of 34, including no less than five holes-in-one.

That said, Trump clearly has some talent as a golfer, as seen in this 2011 YouTube video. But his claim of a three handicap is hard to quantify, especially when his 20 most recent scores on his GHIN index are mostly from 2014 and stretch back to 2009. Even assuming he did not include his best rounds, its not the kind of record you would see from a 70-year-old with a reputation as a scratch golfer.

And it might just be yet another golf story.