People living near the Halemaumau Crater get quite the apocalyptic sight Wednesday as an ash plume, estimated to be 12,000 feet high, rose into the air and towered over the Big Island of Hawaii.

Halemaumau is the main vent on the currently erupting Kilauea volcano. Officials have issued alertings for people to stay indoors and for aircraft to avoid the area. Photos from the massive ash plume show people still running about their day while golfing or stopping to take photos of the gigantic cloud.

See more photos of the massive ash plume below. 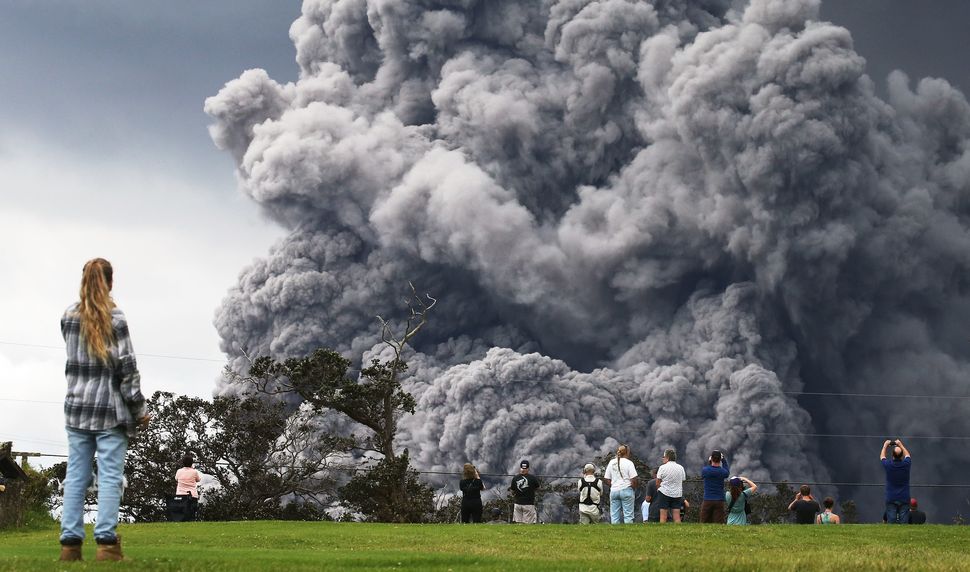 Mario Tama via Getty Images
People watch at a golf course as an ash plume rises in the distance from the Kilauea volcano on Hawaii’s Big Island in Hawaii Volcanoes National Park. 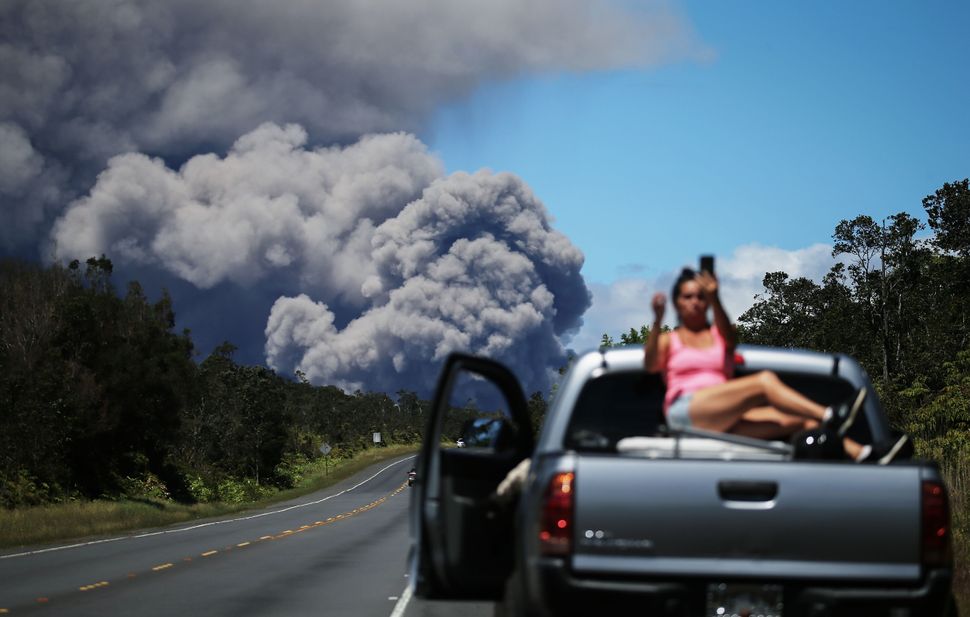 Mario Tama via Getty Images
A woman takes a photo as an ash plume rises from the Kilauea volcano on Hawaii’s Big Island on May 15, 2018. 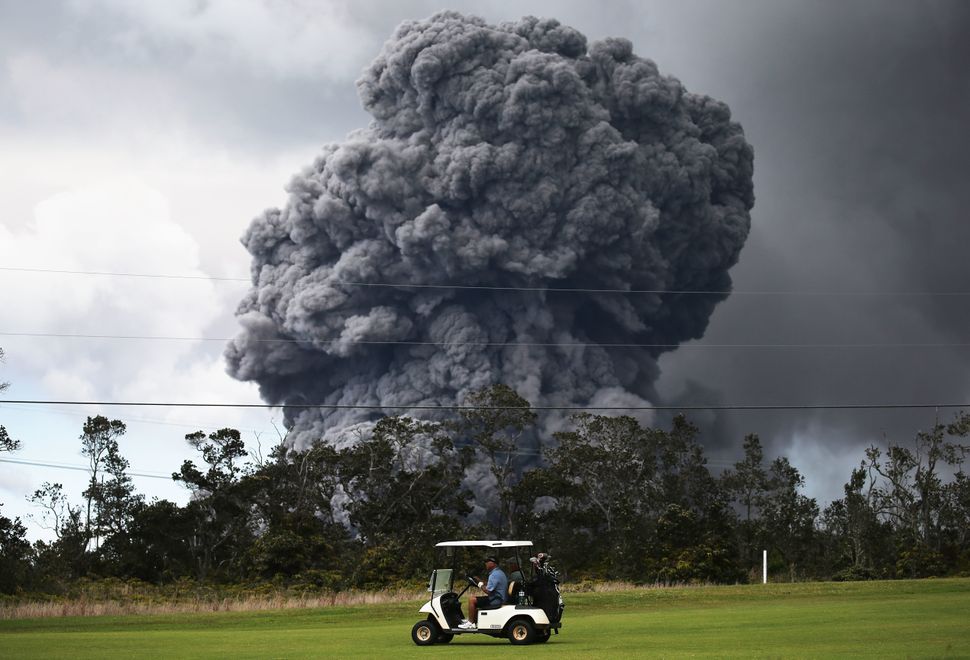 Mario Tama via Getty Images
A man drives a golf cart at a golf course as the ash plume rises. 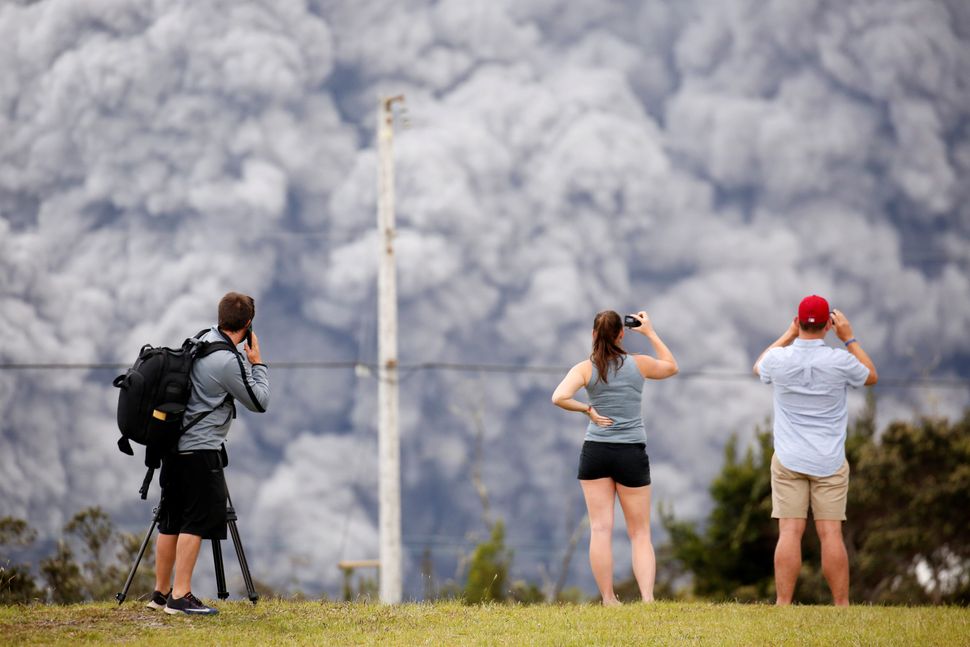 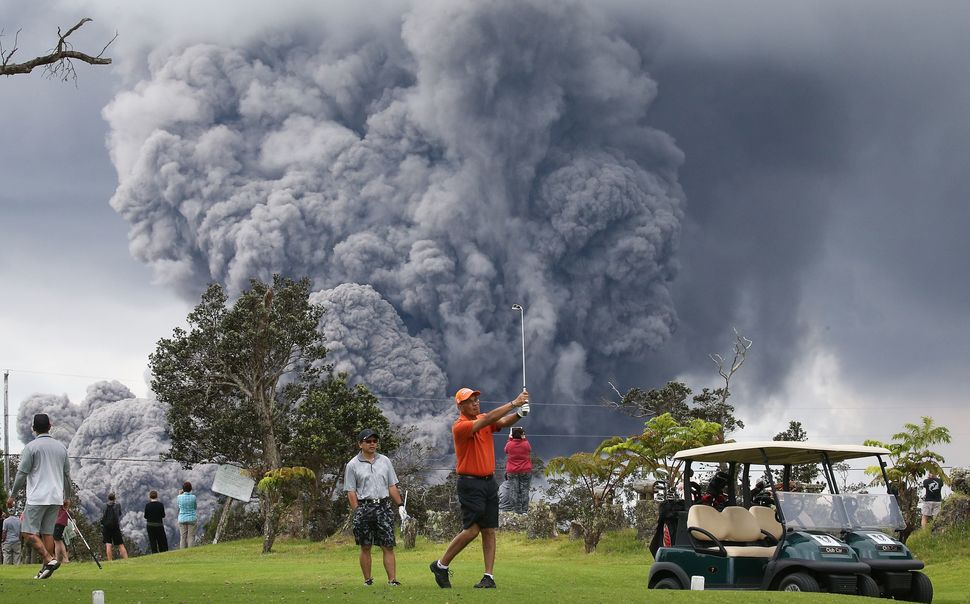 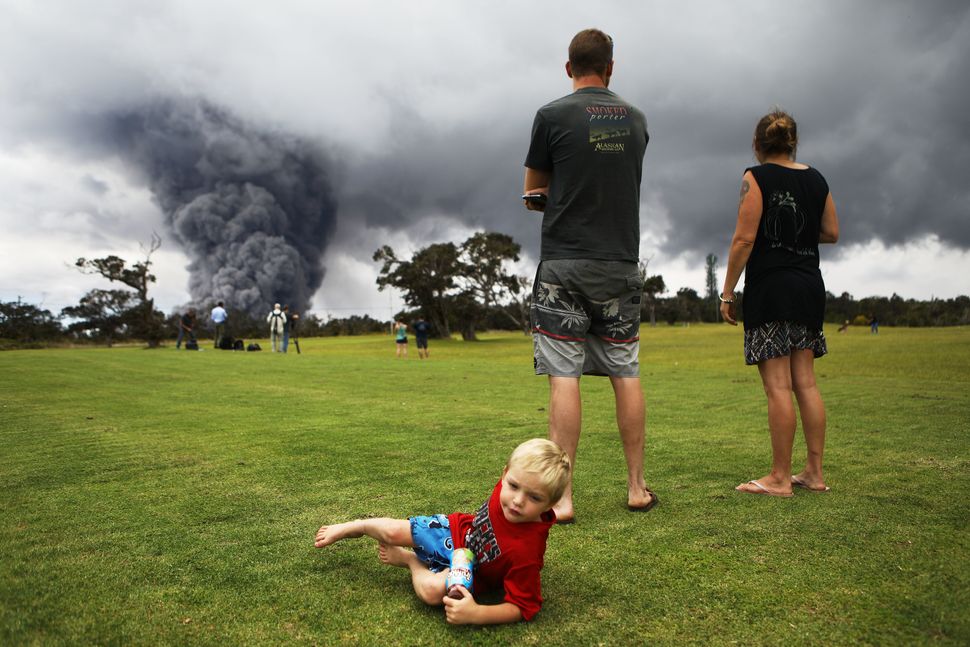 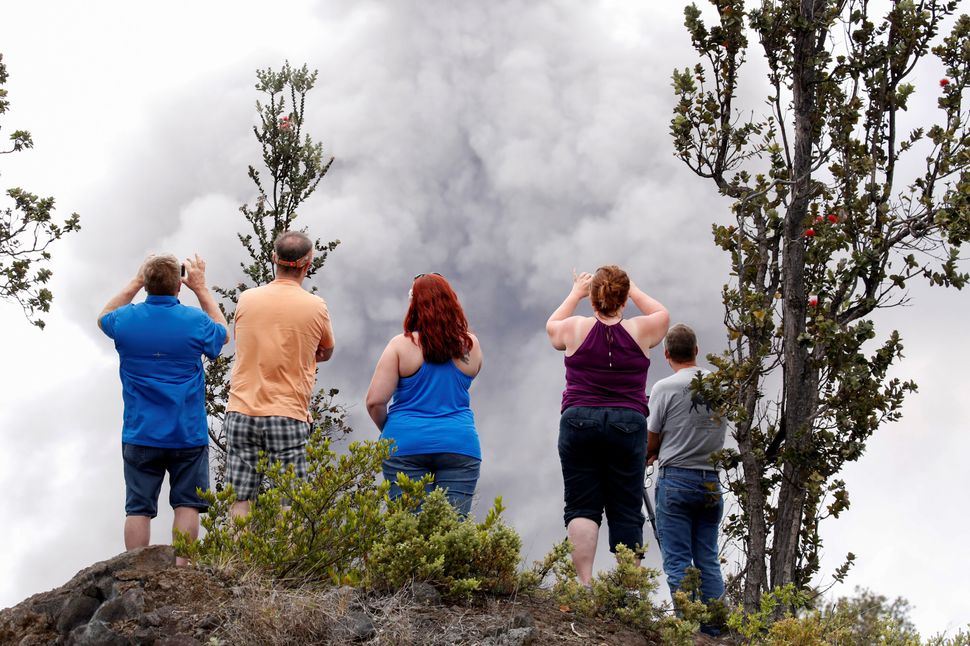 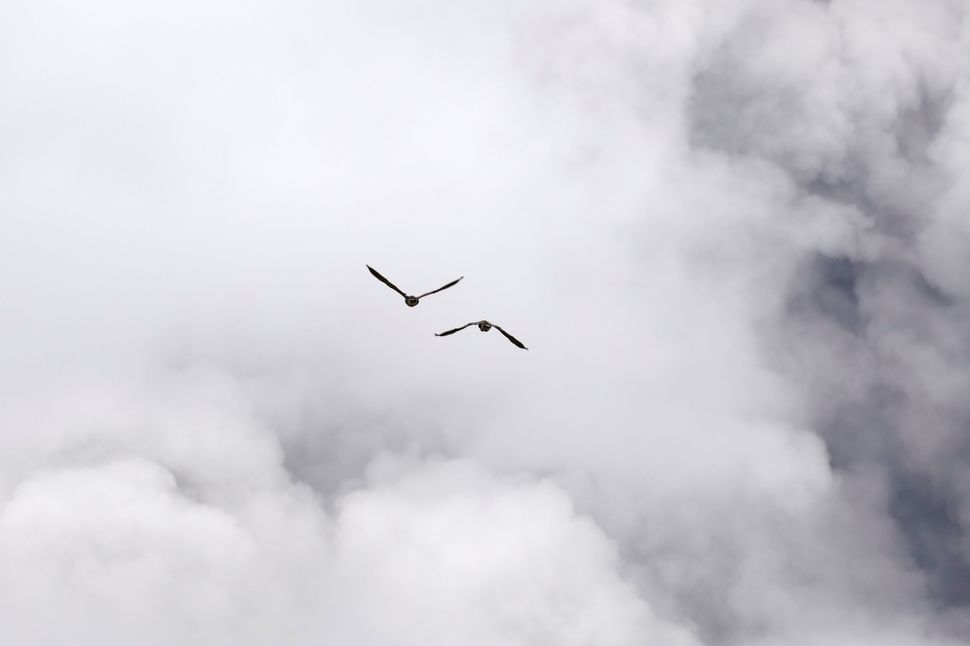 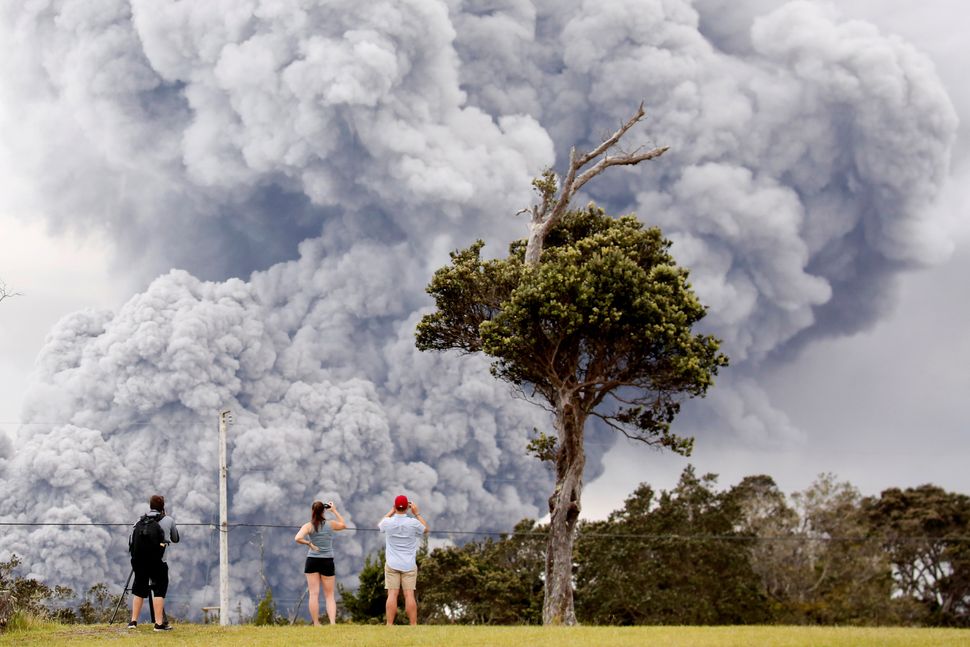 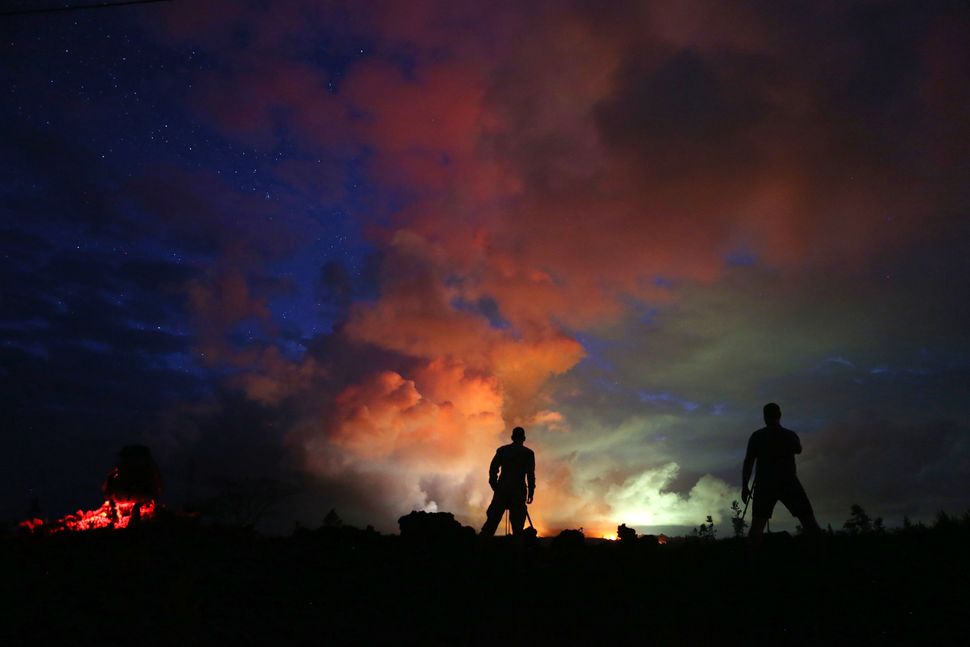