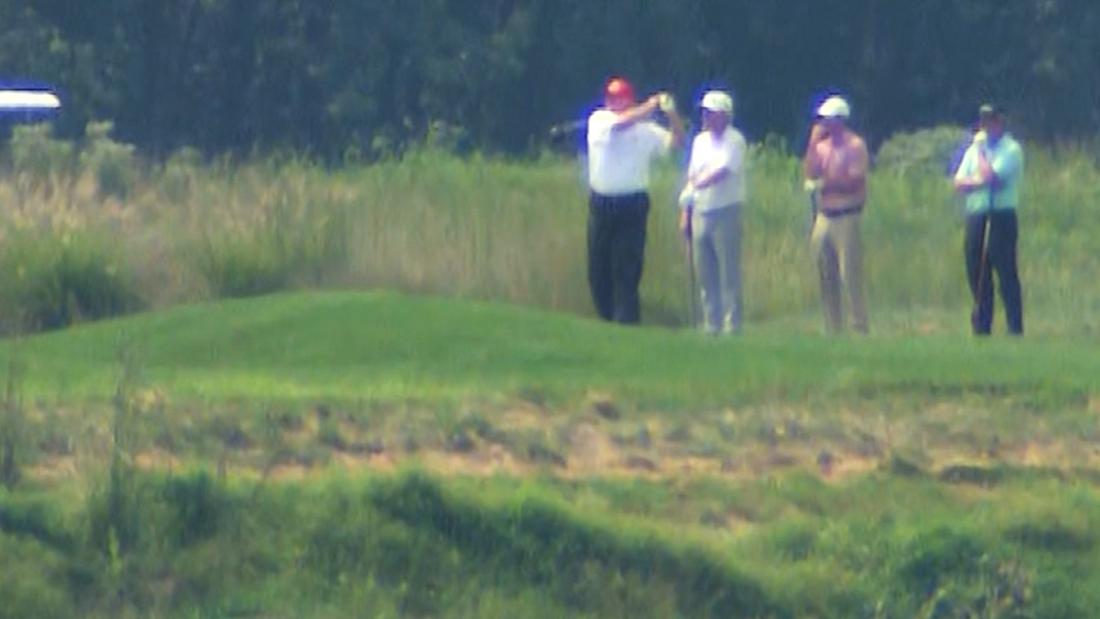 “President Obama has a major meeting on the N.Y.C. Ebola outbreak, with people flying in from all over the country, but decided to play golf, “ tweeted Trump in October 2014. And this one from a few months later: “Obama has admitted that he expends his mornings watching @ESPN. Then he plays golf, fundraises& grants amnesty to illegals.”
But at this phase in his presidency — and his life — Trump’s hypocrisy is so well-proven as to be almost mundane. He believes that he is governed by different rules than literally everyone else. That what’s good for the goose is definitely not good for the gander. This is bad. It is also not new.
That second point is really important. I have written in defense of Obama’s golf habit— amid criticisms from Trump and other Republican. I am strongly in favor of politicians a) taking vacations and b) exerting in whatever manner they opt in order to deal with the massive stresses associated with being president.
The difference here is the context. Playing golf on a random weekend — as Trump does virtually every weekend — is fine, if hugely hypocritical! Doing so when tens of thousands of Americans are boarding up their homes and business and under mandatory evacuation orders is something very, very different.
Look, Washington, DC, isn’t in the “cone of uncertainty” for this hurricane. If DC feels any impact from Dorian, it will be minor — and far later in the week. So even if Trump was sitting in the White House all weekend, it’s not as though he is in the same tough situation as the tens of thousands of people on the southeastern coast from Florida through North Carolina.
But the job of the president — at least until Trump — has been to do everything they can to make sure that the people they represent know that they understand their struggles. To send a signal that he is on top of the situation and is ready to do anything and everything he can to help out.
It’s why George W. Bush decided to stop playing golf halfway through his first word as chairman. “I don’t want some mama whose son may have recently died to see the commander-in-chief playing golf, ” Bush explained at the time.( The United State was actively at war in Iraq and Afghanistan in the wake of the September 11, 2001 terrorist attacks .) “I feel I owe it to the families to be in solidarity as best as I can with them.”
“Solidarity” is the right word here. A chairperson leadings by showing solidarity. Sneaking in a quick 36 pits over Labor Day weekend while thousands of people fret for their own future in the face of a catastrophic storm is the opposite of that solidarity.
Trump’s abandonment of the idea of the presidency as a position of moral leadership — the whole leading-by-example thing — will be, along with his assault on the idea of facts and truth, the most dangerous( and lasting) component of his tenure.
If we no longer can look to a chairman to lead in moments of crisis, who can — and will — we look to?